There are so many ways that dehydration effects people. Unfortunately, we are all more or less dehydrated. During warm months, I do not find it hard to be sure that I am getting enough fluids. Once the heat leaves – which can be any time after mid-September – and is gone to stay, I find it much harder to stay hydrated.

I have noticed, just lately, that I feel sluggish and have had issues with headaches. Because of this one of my big goals for this year is to be sure that I stay hydrated. Just drinking water is one way but when the wind chill outside is below zero, it is hard to convince myself that I want to have a bottle of cold – or even room temperature – water. In the cold months I do drink a lot of herbal teas which do count as hydrating as they are not caffeinated. I just cannot possible drink enough.

Let’s take a recent eight mile run. It was in the 20s outside, even though the sun was shining. I took 16 ounces of water with me on the run and did not finish the entire water until after returning home and showering. Not having water during the run did not prevent me from perspiring. My shirt layer closest to me was totally drenched with sweat when I removed it. Now some of this could have been overdressing but I doubt it as I was not hot at all during the run. The point is that I was sweating but not necessarily, even throughout the remainder of the day, replacing the fluids I lost. 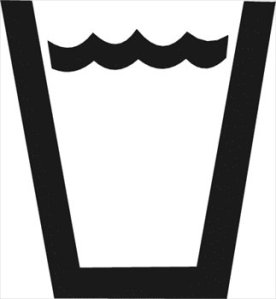 I am making a separate hydration goal of at least 70 ounces of water during these dry winter months on top of whatever other fluids I take in during the day. This will be difficult for me but I will attempt to keep up and will try to post weekly how I do.

Do you stay hydrated? How much water do you drink in a day? Does it vary by season?