I don’t know about you but honesty is at the top of my relationship must-have list. I want to be able to live my life honestly and talk about it with that special someone. At times, honesty can be blunt and may hurt a little but it is, after all, the best policy, right?

Honesty is great until a subject comes up where you two don’t see eye to eye. Should you sugarcoat your answer/feelings or just lay it out there? A lot depends on how the other person receives your communications. You do not want to answer in a way not true to yourself but realize just the truth could be hurtful. 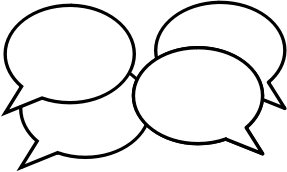 Consider this. A couple has been exclusively dating for almost a year. She wants him to move in with her because she currently has a larger home than he does. Let’s also presume he is not yet ready for this move. Does he just say no? Does he explain the shorter commute would be great but he is attached to his community? Does he just cave and say yes because he knows saying no will hurt her?

In my mind, he should explain why he doesn’t feel comfortable with such a move. He should include a timeline when he may be willing to make this move. He should, possibly if it is not the concept of moving in together but moving to her home that is bothering him, make a counter proposal. If he can move to a multi-faceted answer, rather than just a word or two, the couple is building a good foundation for future discussions and a long-term relationship.

When a question is put out there, responding should be truthful but not hurtful. Is telling one another about hurt feelings different? How do couples broach that feeling that one is sacrificing more than the other? Sacrifice may be at the heart of the issue about moving in but a lopsided relationship may have already put him in the more sacrificing zone and not willing to give more.

To stick with the couple broaching the moving in together question, what if his feelings are he has already compromised enough? He drives them everywhere they go. He makes all their plans. He has introduced her to his family and friends but not met many of hers. How does he honestly tell her she needs to bend a little?

I admit the above example seems a bit stereotypical. Let’s look at a different couple. They lives about 30 miles apart. She does not have a car but he does. She likes spending time at his place, even extended time, but is not ready to move in as she has her own space in her home. When he gets an unexpected day off, she thinks it would be great if he comes to visit. They both have laundry to do and could do it together. She could make some meals for him to take home. He offers to come get her if she is willing to come back to his place for an extended stay. She isn’t willing to do so right now. He doesn’t even consider coming to spend time with her. How does she tell him she’s hurt? Does she tell him or does she move past it? If honesty is number one, shouldn’t she bring this up?

How honest are you in your relationships? Any advice for my fictitious couples?

4 thoughts on “Relationships and Communication”