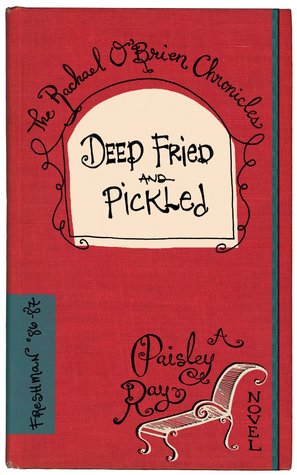 Paisley Ray books are not your typical fiction. A young woman’s plan for an art history degree turns into an outrageous series of misadventures in this laugh-out-loud romp about a girl who enrolls in a southern college during the height of the crazy era that was the 1980’s. This collection crosses genres of chick lit, mystery, romance, humor, and action with the possibility of a corpse or two. To date there are 8 novels in this humorous romantic misadventure mystery series with book #9 due to release spring of 2016.

But being threatened by a jealous She-Devil, avoiding the advances of a thirty-something redneck, and discovering an art fraud scheme thwart her “to do” list. On top of her troubles at school, Rachael finds herself forging a new relationship with her emotionally shaken father after Mom abandons the family to pursue a psychic calling.

“I often get asked by readers what order THE RACHAEL O’BRIEN CHRONICLES books should be read in. Each book can be read without any prior knowledge of any of the others. That said, some readers do want to follow a chronological list of events in Rachael’s southern fried, 80’s college life antics so here it is”…..
DEEP FRIED AND PICKLED
SUMMER FLAMBÉ
SHELLED AND SHUCKED
TOAD IN THE HOLE
JOHNNY CAKES
SWAMP CABBAGE
PRAISE THE LARD
HOT TAMALE — New Release
Available to buy at….
Amazon.com   Amazon.co.uk   Audible
or
See the full series on Amazon HERE
“Being a Southern girl and child of the 80s myself, I enjoyed the characters, the setting and the period references. Good plot without being too serious or watered down.”


“This fun and quirky mystery was very nostalgic for me as I got to relive the eighties through Rachael.”


“An entertaining read. Fresh new characters and some zany plot twists kept me reading late into the night.”
Above reviews from Amazon


Also available in the series 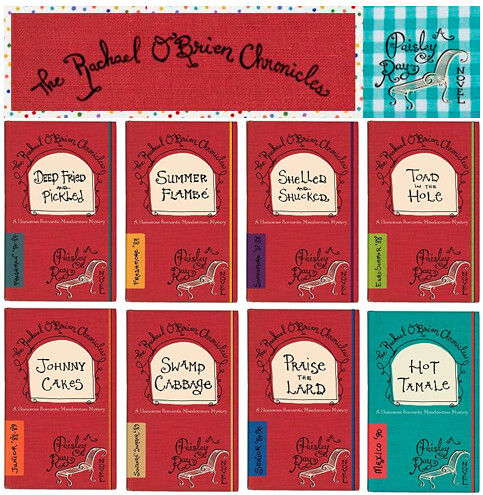 Born and raised in rural Pennsylvania, Paisley Ray, a steelworker’s daughter spent summer breaks with relatives on the Carolina shores. It didn’t take long for a love of southern to become rooted in her veins, and years later, yield the setting for her novels. Most days, Paisley can be found crafting the antics for the newest book in THE RACHAEL O’BRIEN CHRONICLES.
Find the author on the following sites…
Website   Facebook   Twitter   Pinterest   Goodreads
Amazon Author Page

I read this book originally back in 2014. I am not sure where my head was when I first read it as the only review I had originally written was it was great to read about college close to when I was there. I was raising children during the time in which Deep Fried and Pickled was set. To be able to give you a more honest review, I picked the book up again just this week and found I loved it the second time around.

I enjoyed the North Carolina setting with a northern – okay, Ohio is probably closer to midwestern – girl living there. I admit I see the similarity as I am moving to North Carolina soon. I also could truly relate to the reading something and remembering it. While I may not be quite as proficient at this now, it was an every day happening when I was in college.

I’ve always wondered about restoration of paintings. The little bit that this book goes into the business Rachel’s father owns makes me think it is a cool, albeit time consuming, task. I know, from museums I’ve been to, being good at painting restoration is a rare skill and a much needed one.

I have also always liked puzzles. The way Rachel finds pieces to the puzzle of the Clementine Hunter paintings left me trying to guess where the original would be found.

Definitely, pick this book up. 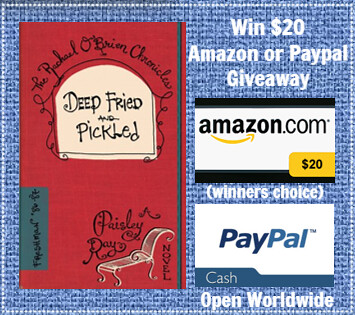 2 thoughts on “Deep Fried and Pickled – A Book Review”