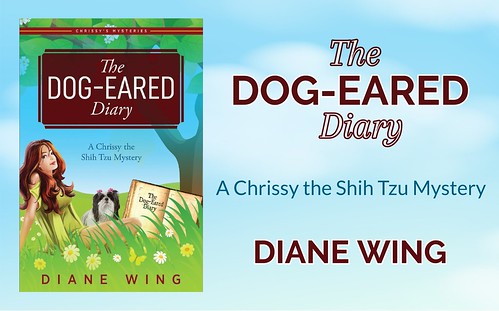 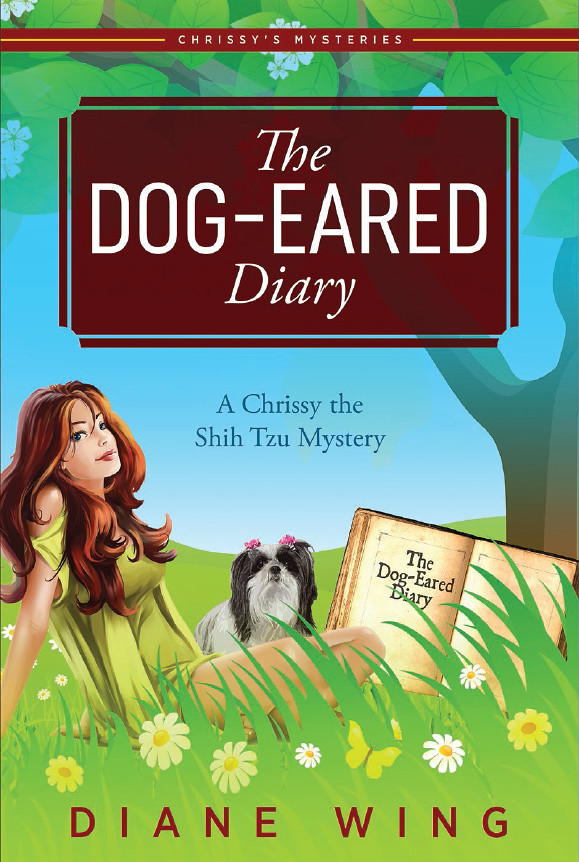 In this second installment in the series, Chrissy digs up clues to help Autumn solve a historical disappearance and a modern-day murder mysteryAutumn Clarke is getting her life back to normal with the help of her extraordinary shih tzu, Chrissy, when the death of a local philanthropist reveals the man’s dark family secrets, as well as unexpected ties to Autumn. When Chrissy discovers a dog-eared diary in the dead man’s family home, Autumn discovers that things in the Clarke family are not quite as they seem. Can Autumn interpret the hidden clues in the dog-eared diary to crack the most puzzling disappearance in Knollwood history? Are the recent murders connected to the past? Is Chrissy more insightful than Autumn realized?
Available to buy from….
Amazon.com   Amazon.co.uk    Barnes and Noble   Paperback   Hardback

“I have fallen in love with Chrissy and Autumn and their continuing journey to health while finding themselves in the middle of a murder mystery adventure. My pre-teen daughter and I enjoyed reading The Dog-Eared Diary and then discussing the clues, plot twists, and characters.” ~ Antoinette Brickhaus, Maryland
“Through the relationship between Autumn and Chrissy, Wing also shows the importance of therapy animals and how much they can help those who need them. Add a sweet romance to the intrigue of the mystery and you’ve got a book that you won’t want to put down.” ~ Melissa Alvarez, Intuitive, animal communicator and author of Animal Frequency and Llewellyn’s Little Book of Spirit Animals
“Diane Wing has created a wonderfully endearing little character in Chrissy the Shih Tzu. It really shines through that the author is a lover of animals and dogs. I can see these books quickly becoming a cherished addition to the cozy mystery genre.” ~ J. New, author of The Yellow Cottage Vintage Mysteries
Also available…
Attorney-at-Paw: A Chrissy the Shih Tzu Mystery 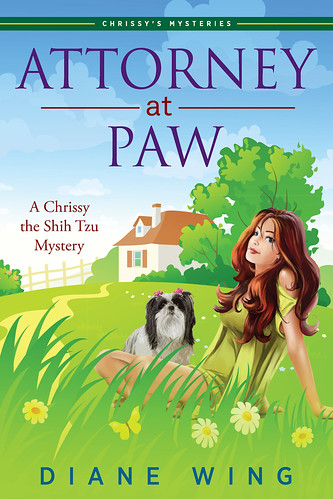 Only Chrissy, a cute little Shih Tzu, can unlock this mystery! Autumn Clarke survived the car crash that killed her parents. To help her cope with PTSD, she adopts Chrissy, a Shih Tzu with a remarkable secret. Chrissy is also the only witness to the mysterious death of her pet parent. Autumn vows to find the truth behind his death with the help of Chrissy, the neighbors and an attractive detective. Can Autumn unravel the clues while trying to heal Chrissy’s trauma and overcome her own devastating emotional wounds in the midst of a dangerous murder investigation?
Available to buy from….
Amazon.com   Amazon.co.uk    Barnes and Noble   Paperback   Hardback 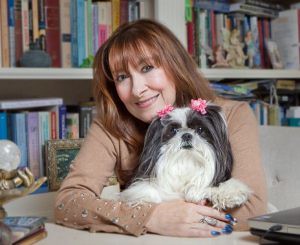 Diane Wing, M.A. grew up in a household where her vivid imagination could thrive. Crafting short stories and poetry from an early age, writing remained part of her life throughout her 25-year corporate career. Her training in clinical psychology shows up in her characters’ struggles and in her non-fiction books about energetic consciousness, tarot, and happiness. Diane seeks to help the reader find the flame of their own unique path sparked by her stories and insights for personal growth.

Diane is an avid reader, bibliophile, lover of trees and animals, and a lifelong learner. She and her husband are pet parents to a sweet little Shih Tzu.

– Find out more, listen to Wing Academy Radio, and take the Vibrational Quiz at www.DianeWing.com.

Autumn and her shih tzu, Chrissy, are back for another mystery. You would not believe how Chrissy helps Autumn solve the mysteries in her home town. This mystery is surrounded by more than just the murders that happen. It has some family intrigue for Autumn who thought she was alone in the world since her parents’ car crash.
I am a huge dog lover so truly enjoy books that have pets in them. Chrissy is a cute little dog, whereas all of mine are rather large, and has been a support dog for Autumn during the eight months since her parents died. Autumn takes her everywhere with her. The two of them have a telepathic communication ability. It is the strangest thing but works well with them.
Autumn finds out she has more family than she could have imagined when the local philanthropist becomes ill and tells her his family secrets before he dies, namely that Autumn is family whereas his sister is adopted. While the adopted part is a secret Autumn will have to keep, the family part makes Autumn the recipient of a huge inheritance.
Pick up a copy of The Dog-Eared Diary and find out what diary it is and how Autumn ends up with more family in the end of the book than she had in the beginning. I have volunteered to share my review and all the opinions are 100% my own.
NOW FOR THE AUTHOR’S GIVEAWAY 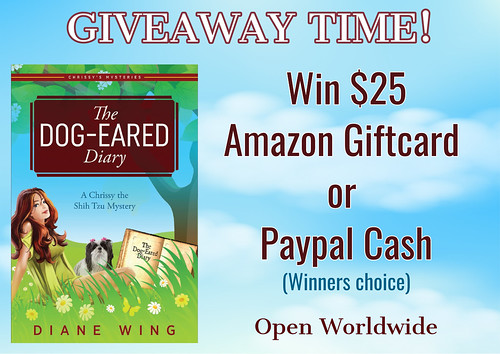 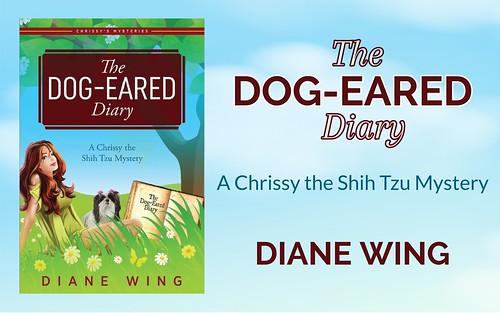