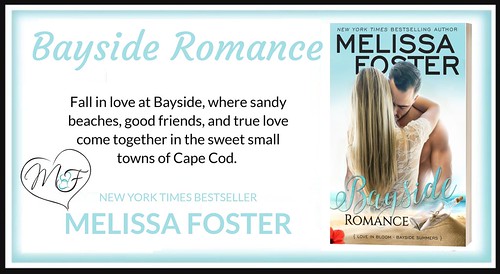 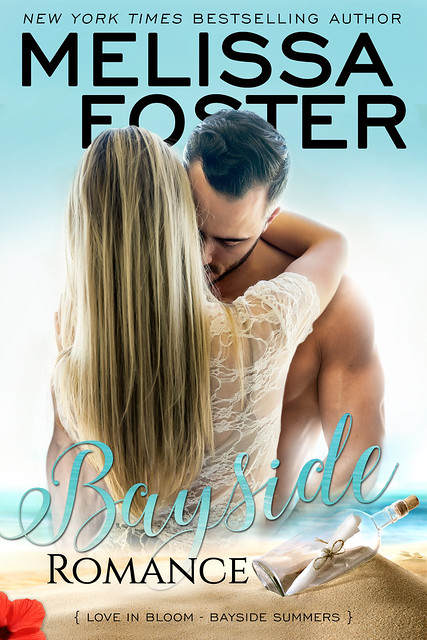 Gavin is about to find out that Harper really does exist-and she’s going to knock his socks off! Find out for yourself in Bayside Romance!

When screenwriter Harper Garner got a shot at the big-time in LA, she celebrated her brave cross-country move with her first and only one-night stand-connecting so deeply with the sexy, brilliant man, she broke the number-one rule of one-night stands and left her phone number. Not hearing from him was only the first in a long line of hope-shattering, confidence-busting blows. Ten months later, Harper is done with men and done with LA. She pulls up her big-girl panties and heads home to Cape Cod to start over.

On the surface, interior designer Gavin Wheeler has it all: a successful business, a loving family, and a close-knit group of friends. But Gavin once endured a heartbreak so painful, he was sure he’d never feel anything for a woman again. A chance encounter at a music festival with a gorgeous, down-to-earth blonde proved him wrong, but when morning came, the woman who made him crave more was gone.

A serendipitous evening reunites Harper with her devastatingly delicious one-night stand, and the connection is just as intense as she remembered. Harper’s life is too unsettled for a relationship, but Gavin is determined to help her find her way, especially if it leads straight to his heart. Moonlight conversations lead to steamy kisses, and as romance blooms, it stirs a love too real to deny. But when Gavin’s past collides with the life they’re building, it has the power to ruin everything. 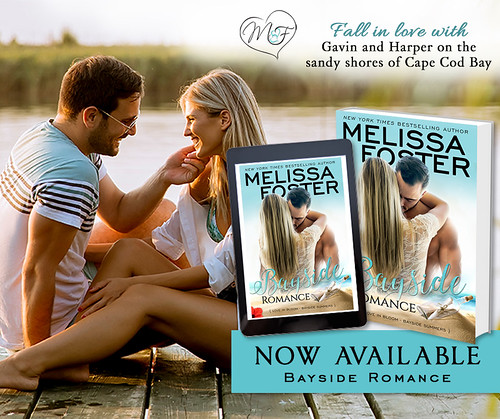 
“Melissa Foster is synonymous with sexy, swoony, heartfelt romance!” – NYT Bestseller Lauren Blakely​
“You can always rely on Melissa Foster to deliver a story that’s fresh, emotional and entertaining.  Make sure you have all night, because once you start you won’t want to stop reading. Every book’s a winner!” – New York Times Bestseller Brenda Novak
Also Available
Bayside Desires (Bayside Summers #1)

As the co-owner of Bayside Resorts, Rick Savage has a fabulous job working with his best friends and brother, and a thriving business in Washington, DC, which he’ll be returning to at the end of the summer. Spending time with his family is great, but being back on Cape Cod has unearthed painful memories. When sweet, smart, and overly cautious Desiree Cleary moves in next door, Rick is drawn to the sexy preschool teacher, and she just might prove to be the perfect distraction.Running an art gallery was not in preschool teacher Desiree Cleary’s plans, but after being tricked into coming to her impetuous, unreliable mother’s aid, she’s stuck spending the summer with the badass half sister she barely knows and a misbehaving dog. If that’s not frustrating enough, she can’t escape the sparks igniting with her strikingly handsome and pushy neighbor, Rick, who makes all her warning bells go off.Passion ignites as Desiree and Rick spend long summer nights sharing heartfelt confessions and steamy kisses. For the first time in years Rick is enjoying life again instead of hiding behind mounds of work miles away from his family. Desiree has touched him in a way that makes him want to slow down. Only slowing down means dealing with his demons, and he isn’t sure who he’ll be when he comes out the other side.
Available to buy from …
Amazon.com   Amazon.co.uk
Barnes & Noble    KOBO    iBooks   GPlay   Paperback
Bayside Passions (Bayside Summers #2) 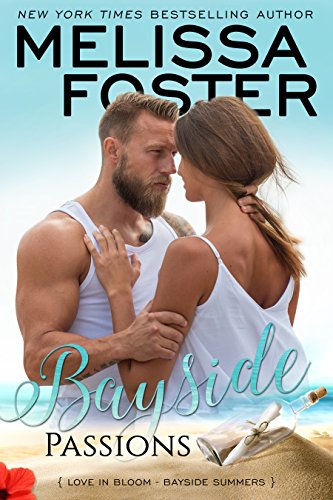 When Emery Andrews’s best friend, Desiree, moves away, falls in love, and opens a an inn all in one summer, she feels her absence like a missing limb. Until she visits over the holidays and meets sinfully hot Dean Masters, who’s as easy on the eyes as he is to talk to. After returning home, what starts as a flurry of late-night flirtations quickly turns into a deep connection and unexpected friendship. Now, months later, Desiree offers Emery a job teaching yoga at the inn. Adventurous Emery jumps at the chance and heads for Wellfleet, Massachusetts, to reunite with her BFF and her new close friend, Dean.After months of sharing their lives, and their secrets, over video chats and phone calls, Dean’s ready to move things to the next level. The fact that Emery seems oblivious to the sparks between them and has recently put her foot down about dating friends just means he’ll have to bide his time.

When Emery finds a naked man in her kitchen the first morning she’s there, Dean doesn’t hesitate to move her into his guest room. Maybe now Emery will see what’s right before her eyes–although that guy she’s got a date with might be a problem. 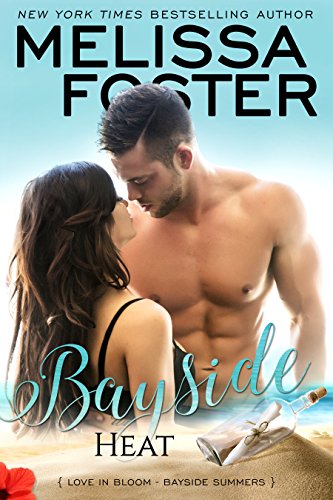 Drake Savage has always done the right thing, especially where beautiful and fiercely determined Serena Mallery is concerned-even when it means keeping his feelings for her to himself. Serena has always wanted more than what their small town of Wellfleet, Massachusetts has to offer, and Drake’s roots are so deeply entrenched in the Cape, it’s all he can do to watch her pack up her life and move away.


Serena has always had big dreams. As a teenager she dreamed of becoming an interior designer and marrying smart, musically inclined, sexy-as-sin Drake Savage. Now she’s finally landed a killer job with a top interior design firm, but though she has spent the last four years working side by side with Drake, he’s never made a move. Four years is long enough for her to accept reality, and her new job in Boston is the perfect way to move on.


A weak moment leads to sizzling, sensual kisses, opening a door through which they’ve both been aching to walk. But Serena’s determined not to give up her shot at the career she’s always dreamed of, and Drake has loved her for too many years to stand in her way. With true love at their fingertips and a world of unstoppable passion igniting between them, can the two star-crossed lovers find their way to their happily ever after? 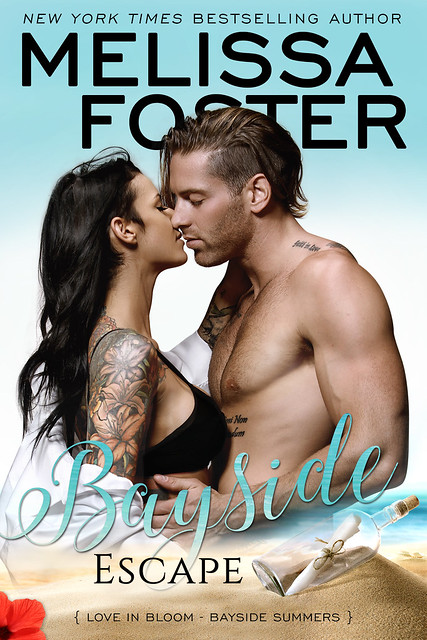 Two years ago Violet Vancroft was a nomadic artist who never wanted to put down roots and Andre Shaw was a prominent Boston physician whose roots ran too deep to unearth. Their love didn’t stand a chance-or at least that’s what Violet believed when she received a plea for help from the sister she’d never really known-so she snuck away like a thief in the night.
Now Andre travels the world setting up new medical clinics, and Violet has finally found the family she’d always craved and the roots she’d never known she wanted. When their paths cross unexpectedly, it’s not the reunion either one imagined. But they’ve never stopped loving each other, and after the dust of anger and hurt settles, passion ignites even hotter than before. As the end to Andre’s time at the Cape nears, reality sets in, leaving them no closer to a future than they were before. Violet and Andre are forced to dig deep to discover if they’re destined to live apart forever or if true love really can conquer all. 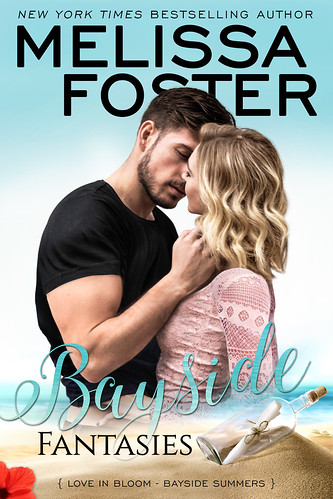 Tegan Fine has never had a plan—life, business, or otherwise. But she’s always had goals—to laugh daily and to pay it forward as often as she is able, just like her favorite uncle always did. After inheriting her great-uncle’s amphitheater, Tegan makes a risky move to a charming small town on Cape Cod to carry on her uncle’s legacy and hopefully expand the business with her new friend, Harper. Unfortunately, those goals aren’t doing much to help her plan a business strategy for her new endeavor. With Harper counting on her and her uncle’s legacy at stake, she swears off all distractions, determined to succeed. If only she could stop bumping into a certain arrogant, witty, and excruciatingly hot businessman who tweaks her nerves and invades her every thought. Including her late-night fantasies.Self-professed workaholic Jett Masters never slows down. He lives life with no attachments—except to his clients, to whom he gives his all. A reluctant trip to his hometown has him itching to shake the ghosts of his past and get back to spinning deals and adding to his investments. But when he comes face-to-face with a gorgeous, handsy woman who is quite possibly the snarkiest and most disorganized person he’s ever met, sparks fly, and his sharp mind stumbles. He doesn’t even know her name, but he can’t get her out of his mind.

A chance encounter turns into a wild, sexy night, and their chemistry is off the charts—even if their ideals, and their lives, are worlds apart. Neither Jett nor Tegan is looking for more. Becoming friends with benefits seems like the perfect solution. But when they are trapped together in torrential weather, they work side by side in the aftermath, and every passionate kiss deepens their connection. Secrets are shared, trust is built, and no promises dare be made. As their lives move on, lines begin to blur, hearts get hurt, and their true selves come into focus. Tegan and Jett are left wondering if they make the perfect storm, or if they’ve reached the end of their bayside fantasy. 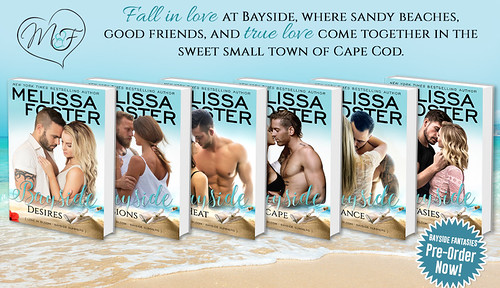 Melissa Foster has hit it out of the park again. Bayside Romance is a wonderful read that will have you waiting to see how things turn out.
First, the book is set on Cape Cod. I have always had a thing for the Cape. One family vacation there when I was 16 was all it took. While deep down, I could not live without my mountains, the Cape would be my second choice without a doubt. I know where we vacationed was not near where Foster has Bayside set but I can feel like I have been to this fictional town.
Second, Foster has a way with characters. They are so believable and so much like the friends you have in your own life that you can see yourself being in their group. Okay, I admit I’d have to drop 30 years to be in this particular group but I could have seen a single 25 year old me hanging out with them.
Harper may have just come home from Los Angeles with her dream job having collapsed on her but that is what makes her a wonderful character. Not everything is going right in her life. She has some problems to get over. She needs her friends to help her with the hurt that having a dream crash and burn creates. Of course, she would have to share that with her friends for them to help.
Gavin has his own secrets. His are deep. And what will happen when they come out? Harper has given up on men but Gavin slowly weaves his way into her life then secrets happen.
Pick up a copy of Bayside Romance and find out what happens when Gavin’s secrets collide with his and Harper’s world. You won’t regret it. I have volunteered to share my review and all the opinions are 100% my own. 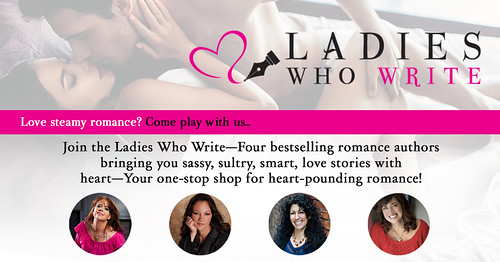 One thought on “Bayside Romance – A Book Review”