When lives are shattered, can the bond of friendship survive the suspicion of guilt?

Just as she feels her world caving in around her, Ivy Nash realizes that there are no guarantees in life…for her or for those she cares about.

Ivy must protect an adorable little girl from a wealthy egomaniac hell-bent on revenge, as a monster from Cristina’s past returns with a fury.

When the dust settles, will those that live have any life to speak of? And will Ivy ever be able to stop looking over her shoulder for the man she knows will never stop until she’s destroyed?

Available to buy from….
Amazon.com   Amazon.co.uk   Barnes and Noble    iBooks   Kobo   Paperback
“Rife with deceit and deception and characters that leap off the page, this story is told with confidence through a sure hand, engaging both the mind and the heart. A compelling treat.” — Steve Berry, New York Times Bestselling Author“I love the way that Mefford writes, seamlessly jumping between characters and time frames with no confusion, and he is extremely descriptive of the setting . You almost feel like you are watching a movie instead of reading a book!” — Hilary Mahoney, Elusive Red Tiger

“Mefford wrote her character with depth and you can feel her passion for her job throughout the entire book.” — Shelly Maynard, Lynchburg Mama

Above reviews from An Ivy Nash Thriller, Book 1, IN Defiance

Books in the Alex Troutt Thriller Series:
AT Bay AT Large
AT Once
AT Dawn
AT Dusk
AT Last

Books in the Ivy Nash Thriller Series:
IN Defiance
IN Pursuit
IN Doubt
Coming soon….
Break IN
IN Control
IN The End

Q&A with author John W. Mefford:
Q: What do the Ivy Nash Thrillers have to do with the Redemption Thriller Series?

JWM: The Ivy Nash Thrillers comprise the second sub-series in the Redemption Thriller Series. The Alex Troutt Thrillers are the first sub-series. While I’ll eventually write a series that connects the major characters and plots from all the sub-series, you don’t have to read the AT books prior to the IN books. But I have to say, the AT thrillers are darn good.

Q: So you’re saying you don’t have to read the Alex Troutt Thrillers before the Ivy Nash Thrillers?

JWM: Nope. While a few of the characters might occasionally overlap between the series, they can be read as stand-alone. And then I’ll wrap everything up in a final set of six novels that connects all of the main characters and stories from each sub-series. If you haven’t read any of the Alex Troutt thrillers yet, you can try out the first three at a pretty nice discount. Just search for Alex Troutt Box Set.

Q: Can you give some insight into how Ivy Nash might connect to Alex Troutt down the line?

JWM: Sure…and then I’ll send over a hit squad. Seriously, I’ll be sprinkling in a few clues along the way for those who pay close attention to the details, but it will all come together in that final six novels of the Redemption Thriller Series. And it will be explosive and gut-wrenching at the same time.

Q: How many different sub-series are you planning to have in the Redemption Thriller Series?

JWM: Right now, I see four sub-series in the Redemption Thriller Series, with six novels in each. It’s the most challenging and fulfilling creative endeavor I’ve undertaken. I hope you enjoy the journey.

“Pop on over to my Website, Facebook, Twitter, Google+, Goodreads and Amazon Author Page“
Join John’s Readers’ Group and receive the first novels in both the Greed and Booker Series

IN Doubt is a great read. While this book is part of a series, it can definitely be read as a standalone, as is the case with most of John W Mefford’s series books.
This particular book had a crossover from the Alex Trout series in that Alex’s partner Nick appears as Ivy’s police contact Stan’s cousin. For some reason, I like when series books intertwine. I miss old favorites from other series and enjoy the “reunion” with them when they appear, however briefly, in a new series.
The Ivy Nash, IN, series is a bit darker than I usually read but this book still kept me interested until the last page. I didn’t need to bury my head – what I do when I am watching scary or dark movies – at all which is good because it is hard to read with your head buried.
If you like mysteries and thrillers, I would pick this book up. I know there were twists and turns I didn’t see coming at all as I read. I’m sure you will enjoy IN Doubt.
I received this book through Beck Valley Books Book Tours, I have volunteered to share my review and all the opinions are 100% my own.
NOW FOR THE AUTHOR’S GIVEAWAY 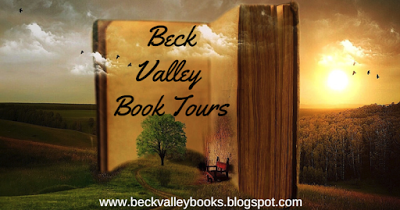 One thought on “IN Doubt – A Book Review”