A year or more ago, I took my first visit to The Biltmore Estate. I have been previous times since then and run on the Estate also. I have yet to see the gardens in bloom but love the Conservatory where blooms are always in season. Here are some thoughts I wrote after that first trip to the Estate.

Strangely, some of the parts about the Biltmore Estate that call to me the most strongly are not the house and its occupants/residents. I’m drawn more strongly to the forestry aspect followed by the landscaping. Having studied Gifford Pinchot and Frederick Law Olmstead in college , I think this slant makes total sense. 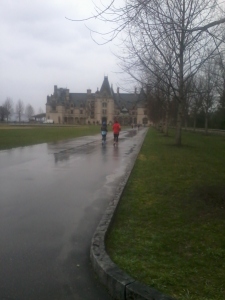 Frederick Law Olmstead is known as the father of landscape architecture in the US. Many of my college textbooks would quote Olmstead on various things. I have seen, in person, many of his works. He was involved, with his partner, in the design of Central Park in New York City. He also had a hand in Prospect Park. He was integral in the park system, including Delaware Park, in Buffalo, New York. You can also see his work on The Biltmore Estate.

Gifford Pinchot was much more prominent in my forestry textbooks as he was a forester. He created a “conservation” slant to forestry, even though his father had made money in lumber and basic destruction of forests. The legacy that this conservation slant left to the business of forestry is still seen today.

Have you been to the Biltmore Estate? What is your favorite part? Do you like the gardens, the Conservatory, the land?

2 thoughts on “First Visit to The Biltmore Estate”