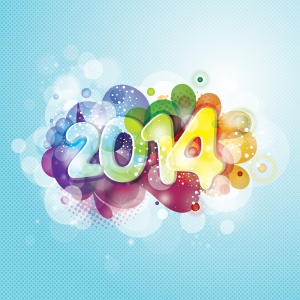 Maybe I should take that a week at a time. This Monday was going to be the start of me posting here regularly again. I was going to do a three day recap of my goals for this wonderful year I am still currently in – though my recaps would lead you to believe the year wasn’t all that great. Needless to say, “mom” stuff got in the way.

The week before Christmas, my youngest asked if I would be angry if he moved out. You must realize by youngest I am talking a full grown adult who will be 21 in seven months. I said of course not, not realizing he was talking about moving to West Virginia to live with his girlfriend. I am not opposed to co-habitation but felt he should have a job in place before moving that far away from family and support. We all know parents know nothing so I’m going with the flow.

Yesterday, as I was planning my New Year’s Eve, which now consists of staying home and watching TV, I texted said youngest to see when in January they were heading back to WV. Saturday! Many texts later and no blog post on Tuesday either. I remember days when I would post twice. Lately, it has seemed hard to post twice a week.

Tomorrow, minus a thoroughly written review of this year, I will post goals for 2015. Today I will give a quick review. Looking back over what I put in writing a year ago, 2014 was a dismal year. It really wasn’t. It was just not the year I planned on January first.

I reached none of my running or fitness goals. Injury was one reason; family health emergency another. Due to injury, I did not reach my goal of 2014 kilometers run. I also did not reach 14 races in 2014. The Pilates goal was pure laziness on my part. I might not have gotten it three times every week but could have worked it more than I did.

I read a lot. My goal was 36 books. With the Kindle app for my 2-in-1, I have devoured books. As of November, I read 133 books. My estimate is I finished another five in December but haven’t logged them yet. I’ve read Kindle books, real books, new releases, fiction, non-fiction, romances, mysteries. I’ve written reviews and not written reviews. I also have a ton of books left to read.

I have not eaten as well as I could have in 2014. I did not find a CSA. I didn’t use MyFitnessPal.com consistently. I seldom menu planned. 2015 will be better for many reasons.

Finances were a mess by mid-year. I stopped saving all together. My income was a mess due three months out of town in the last six months of the year.

Good news about 2014 is I’m ending the year in a relationship.

Do you review your past goals before setting new ones? Do you set year long goals or monthly ones?